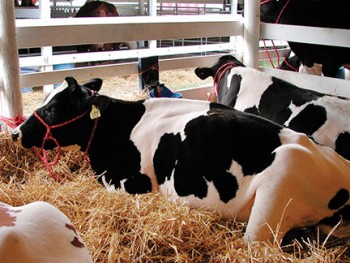 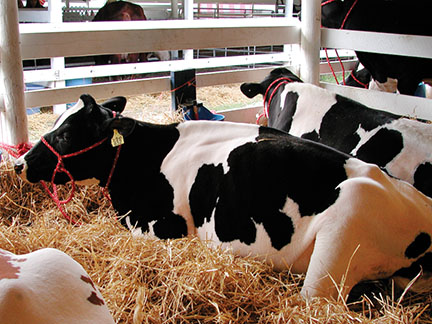 ELNORA -- COVID-19 restrictions have put a damper on what would have been the 91st Daviess County Fair.

The Daviess County Fair Board announced Thursday night on its Facebook page that the fair that was slated to begin in just over a month has been canceled.

"With the governor's order of no social gatherings over 250 people til Fourth of July weekend, that obviously eliminated our original dates of June 23 to 27," said Brian Wagler, president of the Daviess County Fair, Inc. Board. "We did contact our carnival and they did not have any open dates until October."

While there may be no carnival, one big draw to the fairgrounds located in Elnora is always the demolition derby.

"We will reschedule our demolition derby for a later date this summer when Indiana is completely opened back up," said Wagler.

There is a lot of history with the nine-decades old fair that traces its origins to the Elmore Township Fair, first held in 1928. That first fair, organized under the direction of Albert M. Bishea, vocational agriculture teacher, took place in October.

Bishea's students were commanded to assist with what was essentially an agriculture street fair. Bishea appointed students as department chairpersons. They became, in effect, the first fair board. Livestock and other exhibits were scattered throughout the business district in Elnora. Within a few years, carnival rides had been added and the fair had outgrown its downtown site.

After 1932, the fair was relocated to the Elmore Township School grounds and the dates were moved up to September. The fair dates were changed to August for the 1938 fair and remained that way for the next few years. No fairs were held from 1942 to 1945 due to World War II.

In 1946, a group of Elnora's businessmen and farmers formed the Elnora Community Association and purchased 40 acres of land on which the fair is presently held. The association owns the land and has given the fair a 99-year lease. The 1947 fair was the first held at the current site. The fair became incorporated in 1949 and for the first time was known as the Daviess County Fair.

The livestock barns, the first major improvements at the new location, were built in 1957 and 1958. The fairgrounds were redesigned in 1962. The arena, which had been located on the east side of the property, traded places with the carnival. New bleachers were put in the arena in 1990.

Last year, the parade returned as part of the fair's lineup and was open to decorated bicycles and golf carts in addition to the traditional floats.