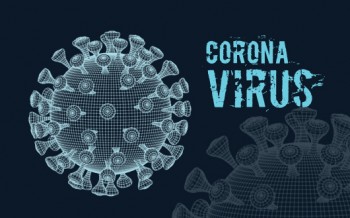 Around 3 p.m. Tuesday afternoon, an injunction signed by Daviess County Circuit Court Judge Gregory Smith was served to Washington Nursing Center and Chosen Healthcare's Eric Alhbrand to restrict any residents from being removed from the home unless requested by a resident's family.

According to Daviess County Sheriff Gary Allison, who served the injunction, there will be a hearing on April 15. Due to the COVID-19 restrictions, the public will not be allowed in the courtroom during the hearing.

The motion for a temporary restraining order was filed in Daviess Circuit Court by Ernie Evans, whose son resides at WNC.

Protesters of the move to convert WNC into a COVID-19 treatment facility had gathered next to the nursing home on Sunday and remained there until after the injunction was served Tuesday.

Alhbrand had told the Times Herald on Monday night that no residents would end up being removed from their home at the nursing center, but protesters were still concerned that something might happen when they were not there.

"The buses are gone," said protester Haven Lunsford. "But the Penske moving trucks are still around back. We don't want to leave until those trucks go back where they came from."

Once the injunction was served, Allison told the protesters that they could disperse.

"We accomplished what we needed to," said Pam Bynum, a protester. "If we have to do more, we'll do more."

Another protester praised Lunsford, Bynum and the others who stood outside the nursing center, using signs to ask passersby to honk and show their support.

"This group of people has been amazing," said Shannon Rosa, who saw the uproar on social media and decided to join the protest. "I used to work in a nursing home. I know what it's like. I know what the patients are like. I want to give a lot of credit to Pam and Haven and [Ernie.] I was glad to be a part of it."