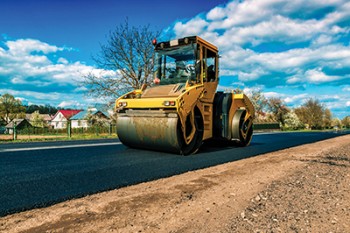 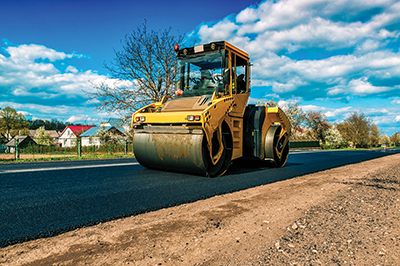 When Governor Eric Holcomb declared a stay-at-home order, he exempted some businesses and lines of work, calling them essential. One of those included road construction. That has meant that street, highway and road departments around the state have been working normal shifts and projects have been moving forward.

That all may be about to change. State officials say the lack of travel and stay-at-home orders have resulted in a considerable drop in traffic and gas tax money.

"It is going to hit us all," said Daviess County Highway Department Supervisor Phil Cornelius. "Purdue did a study and found a 30 to 50 percent reduction in traffic. If people are driving 40 percent less, then they are buying 40 percent less gasoline and that means 40 percent less money to the Motor Vehicle Highway fund."

The MVH fund is the major funding source for both city and county road and street departments.

"We use it for everything," said Cornelius. "It's what we pay our bills from. I don't think it will continue this way but if it does, we could lose as much as $1.3 million a year."

"We want to keep our road projects going," said Daviess County Commissioners' president Nathan Gabhart. "We have to make sure they are running a conservative operation. There are some projects that can wait."

The road budgets for the cities and counties are based on projected collections of gas taxes, but no one saw such a deep cut coming. Still, in the short-term Cornelius believes the county can weather the funding loss.

"I had put $1.2 million back just in case something like this happened," said Cornelius. "We should be able to continue this year without a lot of changes, but if it should get worse, next year will require us to make some decisions."

The city of Washington did not have quite as much money to put back as the county and the city is still keeping a close eye on the MVH money from the state. With the funding running about two months behind the month of collection officials are projecting to see the full impact in about a month.

"We don't know if it is going to happen," said Washington Mayor David Rhoads. "We have had the stay-home-orders for all of April, so if it does then it should show up in the June disbursement. It is a concern if our revenue is altered."

City officials are considering delaying or even canceling some projects depending on how deep the cuts are and how long they last. "I have talked with our street commissioner," said Rhoads. "We may have to postpone some things a little bit, push them back a little bit, or we may have to reduce our paving. I don't want to do that unless absolutely necessary, buy we can't just turn a paving contractor loose. We need to wait and see what happens."

Local officials say they believe that the economy may have already reached its slowest point. The believe is that as the economy opens up, so will the amount of traffic and in turn the amount of gas tax money.

"As the restrictions are lifted, and I think we are going to start seeing more of that soon, things will begin to return to normal and those MVH funds will recover," said Gabhart.

And while the local gas tax collections will likely increase in the coming months it most likely will not be enough to recover those funds that were lost to the coronavirus impact on the economy.

"Whatever we lose in gas tax, we lose," said Rhoads. "We will not get that back."