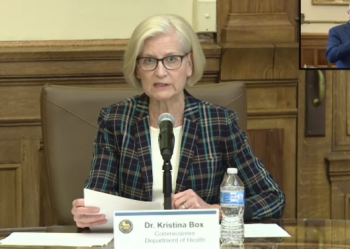 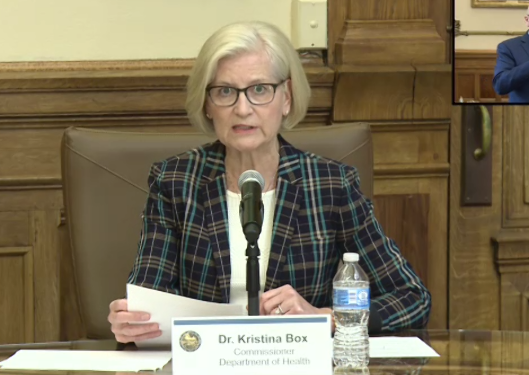 INDIANAPOLIS – Following an order from the Indiana State Department of Health, municipalities can no longer rule whether or not patients of long-term care facilities can be moved over county borders, which several counties tried to prohibit as nursing homes scramble to care for their patients.

"This is not a decision I made very lightly," Kris Box, the state health commissioner said as she announced the order. "It has been incredibly important to me that I have been supportive of local health offices and local communities... but we fully believe that this is a necessary step."

Over several weeks, Box repeatedly named COVID-19's presence in long-term facilities as one of her biggest concerns since the estimated 65,000 Hoosiers in the state's long-term care facilities are some of the state's most vulnerable in close quarters. Facilities, supervised by the Indiana State Department of Health (ISDH), include nursing homes, residential facilities and correctional facilities.

One week ago, one in seven COVID-19 deaths originated from one of the state's 735 nursing homes, though the state hasn't released updated data specifically by origin.

Chosen has 14 other facilities throughout the state, including facilities in Greenfield, Indianapolis, New Albany, Lebanon and Vincennes.

But the nursing home received an injunction preventing any residents from being moved, unless the resident's family requests it. The move, preceded by three abatement orders and family protest, prevented the removal of residents.

Delaware and Daviess County health officials ruled that residents couldn't be transferred but Box's order supersedes both of those orders. The ISDH order allows the transfer or relocation of patients or residents with department guidance to a COVID-19 facility, which is selected after a facility volunteers and ISDH evaluates local hospital capacity and their communities.

"It's very important that everybody be working together for the best care of these at-risk individuals across our state," Box said.

Box didn't answer what had inspired the order specifically.

A previous order from Box required long-term care facilities to report a COVID-19 case or suspected death within 24 hours to ISDH. Both remain in effect for the entirely of the public health emergency.

"I know that the thought of moving residents in an already difficult time is incredibly stressful for families and we've made it clear that they should be notified of these plans," Box said. "I also understand that the thought of COVID-dedicated units for facilities have created controversies in some parts of our state."

Box said moving residents could come with challenges, especially for those with underlying health conditions, but a 14-day transition period would help contain the virus and limit its spread to new facilities.

"I want to assure everyone that both of these approaches are scientifically sound and not only can help protect individuals from getting COVID-19 but also can improve the quality of life," Box said.

Box said that long-term facilities had reported isolated residents who were too depressed to eat and that identifying infected and non-infected residents could mean loosening restrictions and improving quality of life.

Other states have reported outbreaks in their correctional facilities and at least one incarcerated Hoosier has died at Westville Correctional Facility. Gov. Eric Holcomb affirmed that he wasn't considering early releases of low-level offenders.