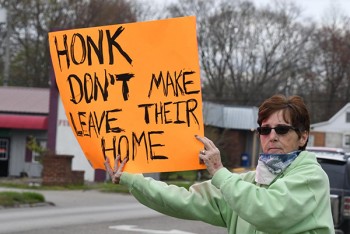 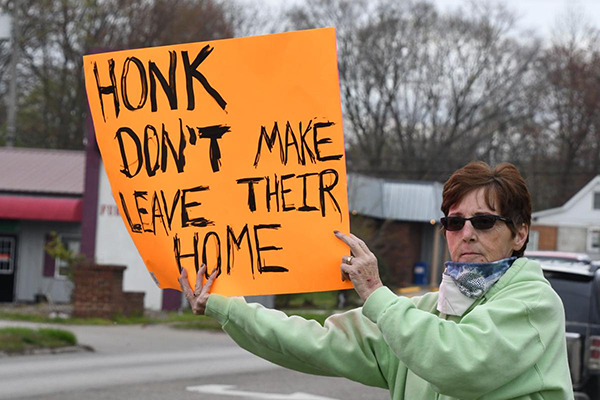 Greg Litherland | Times Herald Sarah Elrod-Ausbrook holds up a sign in support for the residents of Washington Nursing Center who will be transferred to other facilities owned by Chosen Healthcare. 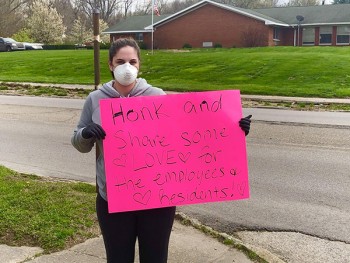 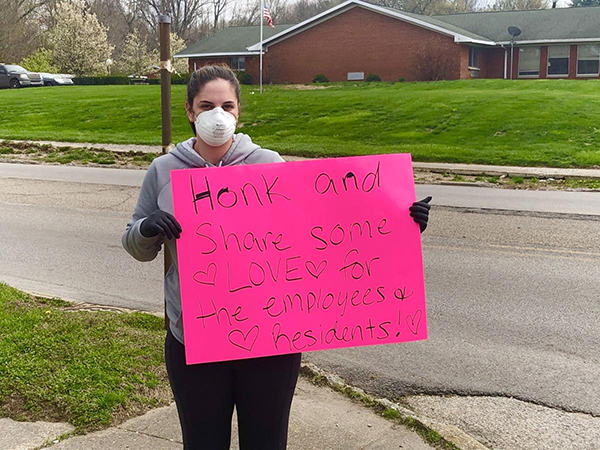 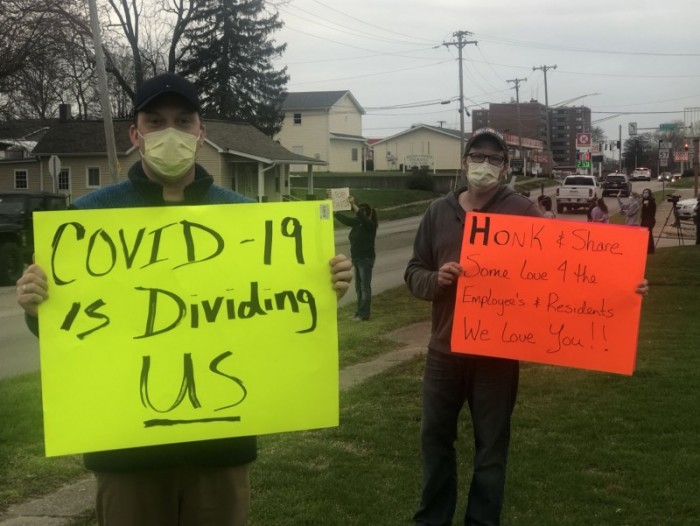 Melody Brunson | Times Herald Ritchie and Shawn Colvin joined the protest on Sunday afternoon across from Washington Nursing Center. The couple felt compelled out of compassion for a former neighbor who is a resident at WNC.

Protesters have been gathering outside Washington Nursing Center, wearing face masks and holding signs, asking people to honk if they do not support the nursing center's apparent move to become a COVID-19 patient treatment facility.

It was announced Sunday by Chosen Healthcare, the parent company of the nursing center, that residents would be transferred to other facilities in the state starting Monday.

Haven Lunsford, who saw posts on Facebook about the nursing center, decided on Sunday to take action and protest. Lunsford made a sign declaring "Honk and show some love for the employees and residents."

According to Lunsford, as many as 10 people showed up throughout the day to protest removing residents from the nursing center.

"We're doing this because the employees and the residents need someone to stick up for them," she said. "Someone has to fight for them."

Lunsford also said she had been in contact with someone on the city council and that Washington Mayor Dave Rhoads strongly opposes the idea to make the nursing home a COVID-19 treatment facility. On Monday, city officials filed an abatement to try to stop the residents from being removed from their home.

Though the protesters initially stood across the street from the nursing center, Washington police asked them to move, after which the group was welcomed by a neighbor of the nursing center to stand on their property with their signs. Police were parked in the WNC lot.

Protesters returned to the nursing center on Monday morning where they found residents being loaded onto Hanover nursing home buses. Lunsford said that employees of WNC ran out and shouted for them to stop the buses from leaving. Protesters gathered in the street to block their exit, but were told by police to move.

According to Lunsford and Shawn Colvin, residents sat on the buses in the WNC parking lot "for hours" and had to eat lunch on the bus.

"[The bus] left full of residents and then it came back with residents still on it," said Colvin.

Colvin and his partner joined the protest because a former neighbor was a resident at WNC, and they were fond of him and his wife. They were the first to alert the man's family of the situation late Saturday.

"We are thankful that everyone is trying to put a stop to this," said Lunsford.

As of press time Monday, no residents had been moved to another facility, though protesters claimed to have reason to believe they would be moved Monday night once it was dark.